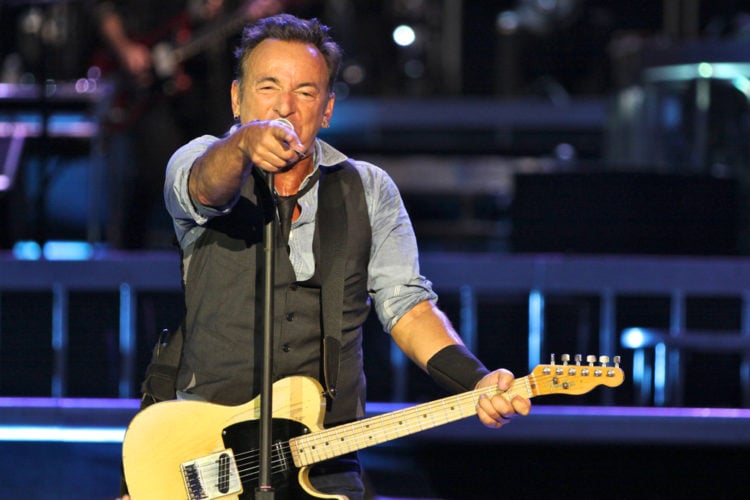 Riding has had a hold on the human imagination since ancient times. After all, it is exciting to control something with so much power. Furthermore, animals exclusively meant for riding would have been expensive in pre-modern times, meaning there were connotations of status. Technological advancement means riding has become more accessible to more people than ever before.

Even so, it retains its hold on the human imagination, particularly since it has picked up connotations of freedom and opportunity. As a result, it shouldn’t be surprising to learn that artists have released numerous songs about riding.

Here are 20 of the best songs about riding ever released:

“Fun, Fun, Fun” is about a teenage girl who has lost her driving privileges because of bad behavior. However, that might not be the end because the viewpoint character has invited her for a drive in his car instead. The song is an excellent example of the Beach Boys’ musical output towards the start of their career.

The Talking Heads were one of the most influential rock bands of the 1980s. After all, they are pioneers of new wave music, which has seen several resurgences since its initial emergence in the late 1970s and early 1980s. “Road to Nowhere” was written based on a very unusual premise. Specifically, the Talking Heads were inspired by the idea of an accepting attitude toward one’s doom. Still, “Road to Nowhere” worked out well.

It isn’t 100 percent clear what “Ride the Wind” refers to. Generally speaking, people interpret the song as being about riding motorcycles, which makes sense because the lyrics do a good job of capturing the sensations of said experience. Still, there are other interpretations. For instance, some people think “Ride the Wind” is about piloting warplanes, thus making the song’s name much more literal.

OutKast was a hip-hop duo active from the early 1990s to the mid-2000s. They achieved critical and commercial success, thus enabling them to exert much influence over their genre. In particular, OutKast was one of the acts that brought Southern hip-hop into the mainstream. “Two Dope Boyz (In a Cadillac)” came from the duo’s second studio album, ATLiens.

It is a boast about their capabilities and a criticism of their detractors. Something that becomes more meaningful when one learns that OutKast was booed for winning Best Newcomer at the Source Awards in 1995 because so many people didn’t consider them legitimate.

Merle Haggard tends to be best remembered for a couple of songs released in the late 1960s and early 1970s that went against the counterculture’s position on the Vietnam War. “Motorcycle Cowboy” was the work of an older individual at a later point in his life. As such, there is a real sense of the passage of time in the song’s lyrics.

“Ride On” was one of the singles from Dirty Deeds Done Cheap. One of the interesting things about it is the song’s sheer ambivalence. On the one hand, the viewpoint character says he will move on whenever he feels sad; on the other hand, he makes it clear that he is miserable to the point of considering a change. That tension makes the song relatable for people in a certain kind of mood.

Some people think “Bat Out of Hell” is a parody. It is hard to blame them when the songwriter Jim Steinman intended it to be an exaggerated take on a car crash song. Indeed, the title refers to how the viewpoint character is riding his motorcycle and how his heart flies out of his chest when he crashes at the end. With that said, “Bat Out of Hell” is an enjoyable song, not least because of its penchant for the dramatic.

“It Was a Good Day” is exactly what it sounds like, which is to say, a song in which Ice Cube sang about how everything went right for him on a particular date. The sense of celebration is infectious.

Technically, Roy Orbison was the first to record “I Drove All Night.” The issue is that his version didn’t come out until 1992. As such, Cyndi Lauper’s recording was the one that hit the airwaves before everything else in 1989. It was popular enough to become a Top 10 hit in the United States, the United Kingdom, and Canada. Some people might be more familiar with this song because of Celine Dion’s version in 2003. That is particularly true if they were paying attention to Chrysler commercials around that time.

There aren’t many songs that can match Steppenwolf’s “Born to Be Wild” in expressing an unconstrained sense of joy and freedom. Thanks to that, it is iconic, so much so that the long, drawn-out utterance of the titular words remains extremely familiar to a huge swathe of the general population. “Born to Be Wild” isn’t the most sophisticated song ever released. Luckily, it doesn’t need to be.

Dr. Dre released “Let Me Ride” on his debut studio album back in 1992. Initially, it did alright on the charts. The song didn’t start shooting up the same until Dr. Dre claimed the Grammy for Best Rap Solo Performance in 1994, which provided a huge boost to its profile. Nowadays, “Let Me Ride” is one of the most memorable rap singles of those times. Some people would go further still when talking it up.

“Little Red Corvette” is a song about a one-night stand that makes frequent use of car-themed metaphors. Despite this, it has a fair amount of complexity to it. The song isn’t just joy, excitement, and other positive emotions. Instead, Prince gave it a much more ambivalent feel by mixing in some fear and other negative emotions, thus making for a more relatable feel than otherwise possible. “Little Red Corvette” peaked at number six on the Billboard Hot 100, which was in line with its Top 10 hit status in other English-speaking countries.

“I’ve Been Everywhere” is an older song than interested individuals might expect. Geoff Mack released the original version back in 1959. He was an Australian singer-songwriter, so his version had Australian toponyms. Since then, a wide range of artists has recorded new versions of the song. It is common practice for them to adapt the lyrics to reflect places more relevant to their intended audiences.

That is why Johnny Cash’s version features American, Canadian, and other North American toponyms. These changes aren’t enough to rob the song of its charm. The best proof of that can be seen in how artists are still recording new versions of the song. Rob Zombie and the rest of L.A. Rats made another one for a Netflix movie as recently as 2021.

Some people prefer settling in one place. In contrast, others prefer being constantly on the move. If “On the Road Again” is any indication, Willie Nelson falls into the latter camp. The song is all about the viewpoint character’s enjoyment of being out on tour. That makes sense because Nelson penned it for a musical drama about a touring musician who struggles to uphold his responsibilities to his family members, who are also his band members. Since its initial release, “On the Road Again” has become one of his best-known songs.

Nelly released his debut studio album in 2000. Its first single was a summer hit, while its second single met with a much more mixed reception because of its controversial themes. Subsequently, the third single, “Ride Wit Me,” became a bigger hit than the first. The song didn’t claim the number-one position on the Billboard Hot 100. Still, it reached the number-three position on that chart, thus making it Nelly’s biggest hit at the time. “Ride Wit Me” saw similar success in several European regions, which made it clear that he had international reach.

Jimi Hendrix was in the process of making a fourth studio album when he died from a drug overdose. As a result, there have been several attempts at releasing an approximation using available material. “Ezy Ryder” has appeared on more than one of those releases because Hendrix finished it just a month before his death. There is a popular belief that the song took some inspiration from the 1969 movie Easy Rider. The names are more or less the same. Moreover, “Ezy Ryder” does share the general notion of an outlaw’s freedom.

It seems safe to say that 1986 and 1987 were good years for Bon Jovi. After all, that was when the band’s third studio album became the first glam metal to feature not one, not two, but three Top 10 hits. “Wanted Dead or Alive” was the third of those Top 10 hits. The song compared Bon Jovi’s life as a touring musician with that of a Wild West outlaw, so much so that it combined the two later in the lyrics. It has earned its place as one of the band’s most iconic releases. Few songs go platinum; fewer songs go quadruple-platinum.

Chances are good that “Highway to Hell” would get frequent mention whenever people are asked about the most famous guitar riffs. Amusingly, it is another song about being out on tour. However, it seems safe to say that its songwriters had some less than fond feelings about their experiences in this regard, which makes sense because they were on a grueling tour schedule in this period. Still, “Highway to Hell” is far from being all doom and gloom about what is going on. It wouldn’t be as good as it is if it was.

War didn’t invent low riders. That wouldn’t be possible because the Chicano subculture started coming into existence in the 1960s. Still, the popularity of “Low Rider” did a great deal to cement the idea in the popular consciousness while spreading awareness throughout the United States and beyond. It would be an exaggeration to say that the song was responsible for low riders being found as far as Japan, but it seems safe to say that it played a major part in that process. That aside, “Low Rider” deserves points for being a fine example of funk at its best.

“Born to Run” was Bruce Springsteen’s first single to receive an international release. It did alright in the United States, but it was ignored for the most part in other countries. Even so, “Born to Run” has proven its longevity by becoming one of Springsteen’s most beloved releases. The song expresses a young man’s desire to escape his present location with his significant other so they can reach someplace better. Both destinations are unnamed. Anyone who grew up in a poorer part of their country yearning to get out should have no problem filling in those blanks.

You can also read: